Iron deficiency – what to eat

Deficiency of iron comes to weakness, dizziness, pallor, rapid tiredness, loss of breath, brittle hair and nails, falling of hair. In the absence of iron, tissues and organs are not sufficiently supplied with oxygen leading to hypoxia. 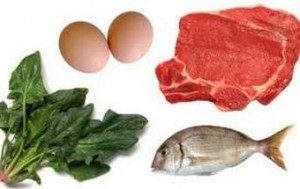 The diagnosis of anemia is made by the doctor based on the blood picture. Depending on the degree of anemia, it takes several months to carry out a blood thinning therapy.

In which groceries does iron have?

Because vitamin C helps to absorb iron in the body, and iron is better absorbed from food, it is useful to have meals rich in vitamin C (pepper salad, tomato, orange juice, lemon juice).

Black and green tea contain substances that reduce iron absorption, so they should be taken only between meals, but not before or after meals.

What are the recommended daily doses? 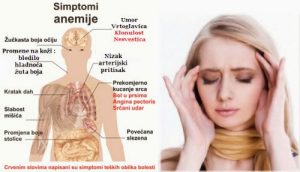 Individual iron requirements vary and largely depend on age, gender, and iron reserves in the body. The daily requirement for iron is 8-10 mg daily in adults, and in children in development and women in the reproductive period 10-15mg. Pregnant women have an increased need for iron. Therapeutic doses for the treatment of anemia are much larger, 100 mg or more.

The iron is found in hemoglobin, myoglobin, some enzymes. It is kept in the body in small quantities in the liver. Vitamin C helps in the absorption of iron in the body, so iron is better absorbed from food, it is useful to take foods rich in vitamin C (pepper salad, tomato, orange juice, lemon juice). Iron is better absorbed from foods of animal origin than from foods of plant origin, and it is advised to use vitamin C-rich foods.

It is believed that healthy adults take only 10-15% iron from food, iron adoption increases during pregnancy and breastfeeding.

Iron adoption increases when iron reserves in the body are low, and when the stocks are high, adoption is reduced to avoid the toxic effects of increased iron levels. 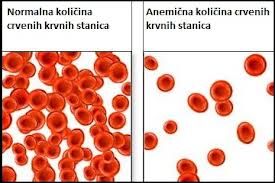 The iron in the preparations occurs in two forms: fero and feri. The ferro form is better accepted and used as: ferro-fumarate, ferro-sulfate, ferro-gluconate. When iron is taken on an empty stomach, it often causes nausea, and in larger doses and constipation. By increasing the dose, the percentage of iron is reduced, which is why it is best to be taken in several doses throughout the day.

Some commercial products contain a combination of iron, vitamin C, vitamin B12, and folic acid, as the latter two components are needed for the formation of red cells (red blood cells).

Who needs increased amounts of iron?

The World Health Organization believes iron deficiency is the most common nutritional deficiency in the world. Iron deficiency is caused by severe bleeding after operations in which many blood is lost, in abundant periods, in pregnancy, in intestinal disorders in which iron retention is reduced.

Vegetarians ingest iron only with foods of plant origin (cereals, tofu, beans, vegetables). Because iron from vegetable sources is poorly accepted, vegetarians need to double their diet more than people who use meat.

Iron deficiency develops gradually, when the ingestion of iron from food is less than the daily needs for it. Iron reserves in the liver are reduced gradually, thereby embedding them in hemoglobin. When the stocks are exhausted, anemia due to iron deficiency occurs.

People with kidney damage, especially people on dialysis, have an increased risk of developing anemia, since the kidneys do not produce enough erythropoietin, a hormone that affects the formation of red blood cells. Iron and erythropoietin may be lost during dialysis. Vitamin A allows the mobilization of iron from the stocks, and in the absence of this vitamin, the existing reserves in the body can not be used.

(Visited 75 times, 1 visits today)
2019-04-22
editor
Previous: Dandelion – the most powerful killer of cancer, but also much more
Next: Treatment of cancer with gassia (Petroleum) 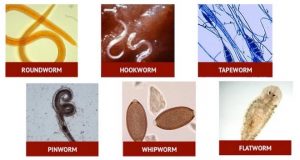 Do you experience stomach upsets quite often? – Human Parasite Cleanse 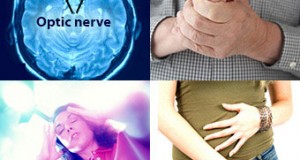 How to Diagnose Multiple Sclerosis

HOW TO SURVIVE if biten by hornets!